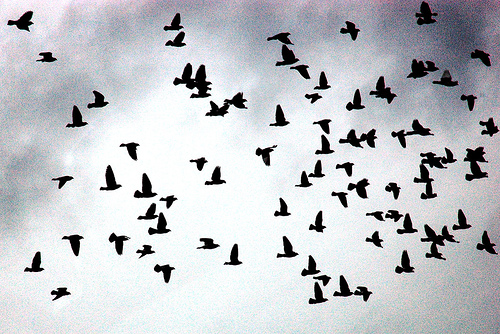 An idea for a location based game

It is funny when an idea hits my mind and occupy it for sometime. Usually it gets me all worked up, and most of the time it turns out not to be that original or feasible to implement. With time, I learnt to kick ideas out of my head, but I will never stop having good feelings about them, and if I won’t have the time or energy to implement them, I still can share them with other people who may.

Well, today I attended the Jordan Gaming Summit at the dead sea. I attended as a representative of my new job which is a social media specialist at Public Action Project. It is a USAID project that aims to help people in Jordan preserve and conserve our limited resources of water, energy along with protecting our environment by focusing on finding better ways to manage our solid waste. We basically give grants to local NGO’s who are willing to implement projects tackling these issues. Along with our new batch of requests for proposal we have in mind gaming as a good and fun tool to reaching a wide audience in the country.

One of the presenters at the summit mentioned that location based gaming will be the next big thing. It makes sense considering that foursquare and location check -ins have been latest social media trends. I combined my environmental perspective with the location based gaming, and an idea of a game hit me.

Each player has the main goal of growing a flock of birds. The player carries the birds with him as he travels through the country. The flock will grow according to the environmental surroundings, whether it is a forest, a swamp, a landfill or wind storm, current weather forecast should affect the survival of the flock. Players should be encouraged to visit different areas in the country to unlock new stages. Certain areas with limited water resources would inflict damage on the flock.

The game would also throw some obstacles on the way, for instance it can spread a virus in a certain area. The virus can be spread among the players flock and his friends’s flocks if he traveled around their areas.  That would give the game a social edge along with the environment and location based sides.

The game can start by covering Jordan and then expand to cover other countries in the region and then the world.

I think it is an exciting idea and one local development house can work on it and make it happen. Feel free to share it or build on it if you think it has any potential.